So, of course, when we got to Puerto Rico, someone told us, “Here, in Puerto Rico, we have the best beach in the world! Flamenco Beach, in Culebra Island!”

“No, my friend, this one has been chosen for several years as the best, or sometimes the second best, beach in the world.”

Ok, since we’re here, I guess it’s not a bad idea to visit Flamenco Beach – I thought. We can confirm whether the beach is as beautiful as they say.

At night, we arrived at Flamenco Beach’s camping site and absolutely nobody was there. This campground is known as the best camping in Puerto Rico but it doesn’t get very crowded. The place looks slightly wild but has garbage bins, showers and bathrooms.

We pitched our tent and spent the night. Upon waking, we walked to the beach. We made our way through the bushes and stepped on the soft white sand of Flamenco Beach. 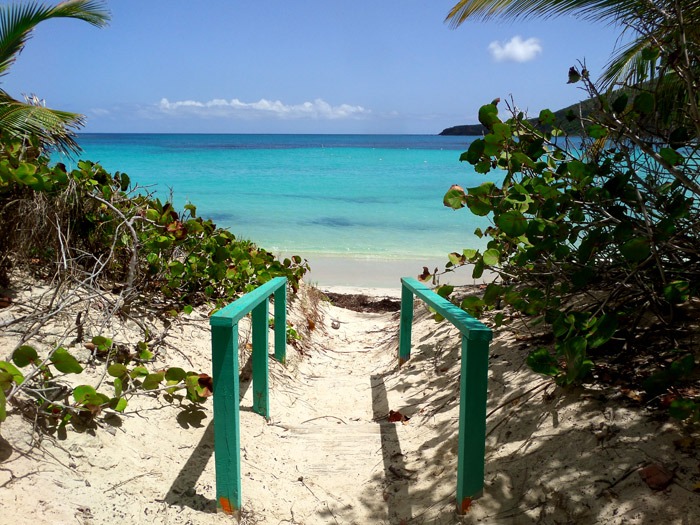 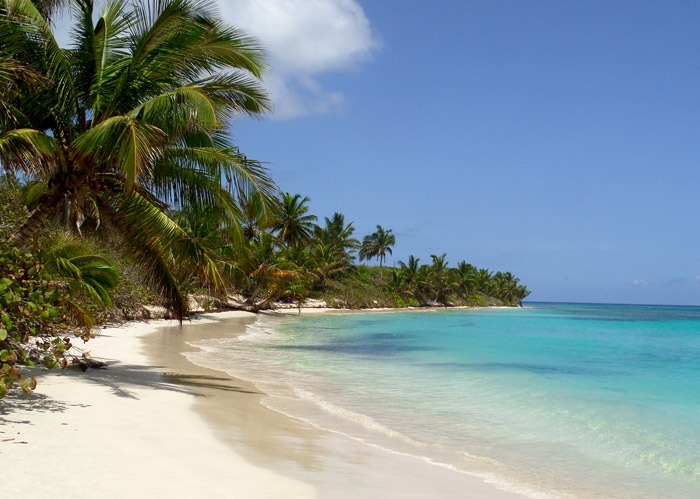 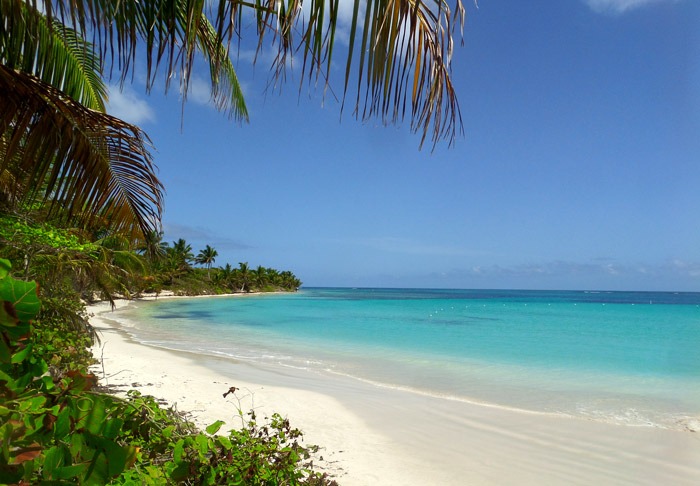 I guess it’s impossible to say which is the most beautiful beach in the world because it is certainly something subjective; there are hundreds of stunning beaches, each with its own style.

Yet if your idea of a perfect beach is a large bay of white sand with turquoise waters as far as the eye can see, Flamenco Beach can be the number one.

The place is truly spectacular in terms of natural beauty and is one of the nicest places I have seen in my life. However, there are some kiosks selling food and drinks that, although located behind the beach, can ruin your idea of a lost paradise a bit.

Jaco Beach in East Timor or the Tobago Cays in Saint Vincent and the Grenadines remain my favorite beaches, though I have to admit that Flamenco Beach also made my jaw drop.

How to get to Flamenco Beach in Culebra Island. The Best camping in Puerto Rico

First, you need to go from San Juan to the city of Fajardo. From Fajardo you can take a ferry to the island of Culebra and then, take a small bus to get to Flamenco Beach.

HOW TO GET TO FAJARDO

Taxi: Rides from San Juan airport to Fajardo go for around $80.

Public transport: If you are not willing to spend $80 to get to Fajardo, don’t worry; there are more options. We took the following route:

– From the Sagrado Corazón bus stop, you’ll head to the train terminal which is right next door, and take a train going to Rio Piedras. Price: $1.50

– From the terminal of Rio Piedras, walk to the public cars terminal (terminal de guaguas), which is about 3 or 4 blocks away.

– Once in the public cars terminal of Rio Piedras, take the van to Fajardo. Some of them go straight to the port; otherwise you’ll be left in Fajardo city and then you’ll either need to walk for 30-40 minutes to the port or take a city bus. The price from Rio Piedras to Fajardo is about $7.

Please keep in mind that there is little transport on Sundays: not a good day for traveling.

FROM FAJARDO TO CULEBRA ISLAND

There are several ferries taking this journey daily. Ticket: $2.25.
Here is the ferry schedule

A small local bus covers this route all the time. It takes only about 15 minutes and the price is $3.

Just behind the beach is a huge camping area which is actually pretty well camouflaged among the trees of the surrounding forest. The place is really nice and has all the basic services, including drinking water, showers and bathrooms.

The price per tent is $30 per night. It’s very expensive, but one of the guards was super cool with us and we paid for just one night (instead of two) as if we were pensioners, which is half the price. So, we ended up paying $15 for two nights, which is a fairly reasonable price.

Next Read: How to travel the Caribbean islands on a budget

Would you pin it? Thanks 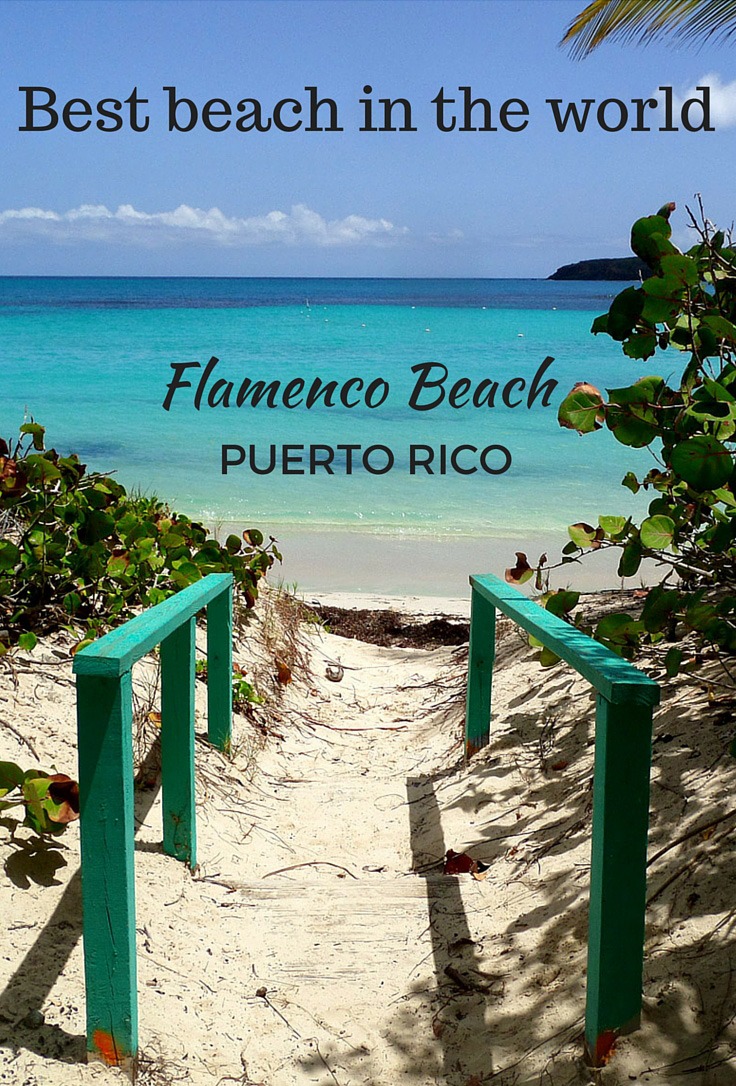 Do you have any doubt about Flamenco Beach: Best camping in Puerto Rico? Leave a comment!

Hi, I’m Miguel; Adventure traveler, scuba diver and hiking lover. I have been traveling the world for the last 10 years and I hope my experiences, photos and hiking routes inspire you to travel the world too.